One of the largest beaches in the NYC, Jones Beach is 17 miles long and is part of Jones Beach State Park. The boardwalk is about a mile long and is where we headed to as our focus was a day on the beach, even though there is a pool, concert halls, fishing and other things to do there. It seemed most people drive here, pay for parking at one of the several parking fields, and bring lots of gear and their own food. Access to the beach itself is free.

We used public transportation which wasn’t too difficult – the LIRR Babylon line takes you to Freeport, where you catch a N88 bus right at the train station and take it about 10 minutes to the central mall at Jones Beach.

The bus drops you off right next to the water tower which spearheads the central mall and is the iconic landmark of Jones Beach. 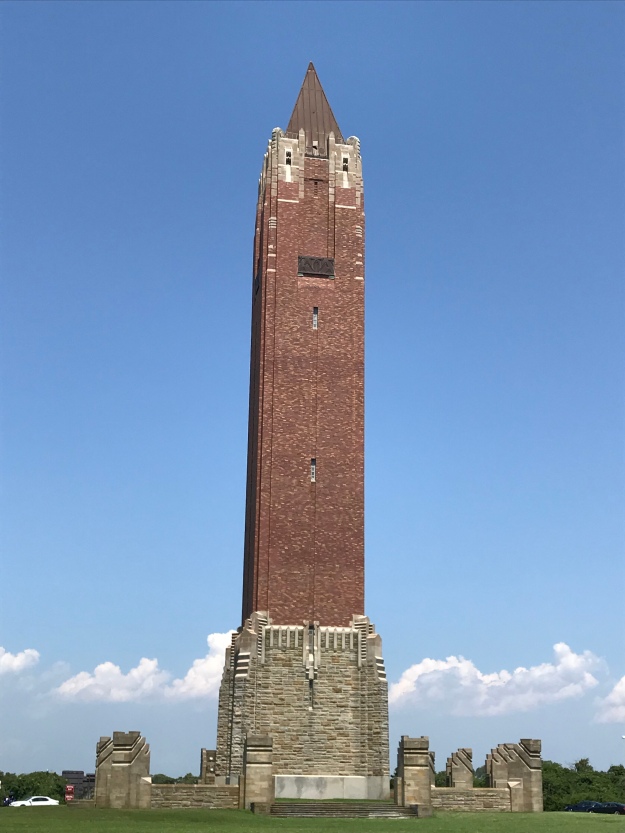 The food options here are not vast – there’s the Boardwalk Cafe right on the central mall that serves take out fish and chips and the like, and another grill right across from it that has the same menu – burgers, ice cream and chicken fingers, priced around $12-18. 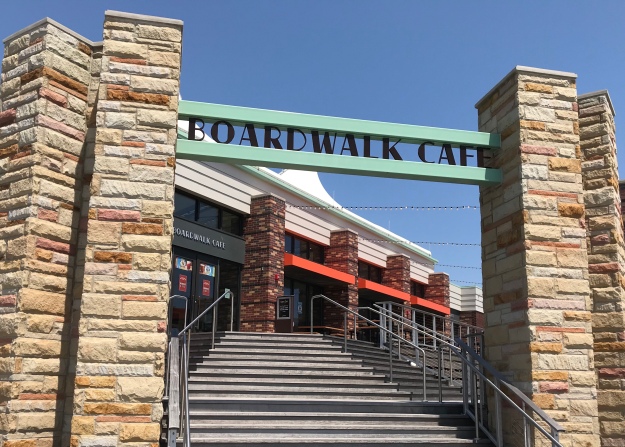 Once we hit the beach we were in awe of how expansive it is…sand and surf stretched out for miles in either direction. Even so, on a sunny summer weekend, the beach was packed. We found a spot somewhere halfway between the boardwalk and the surf, and it seemed to take at least five minutes to weave through the crowd to get to the water! 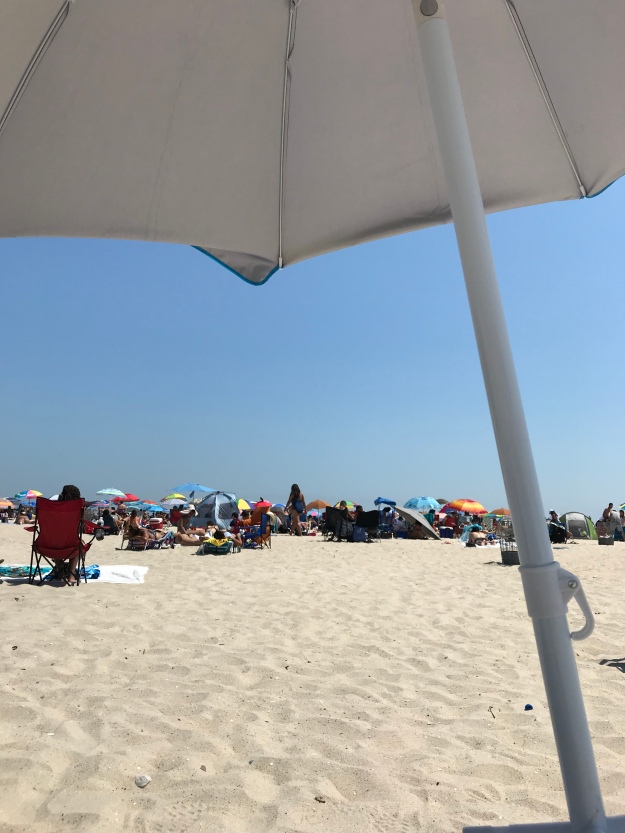 The surf was also strong that day, even though I definitely spent time dipping my legs into the ocean. The sand is clean and not too pebbly. The younger crowd likes to show off racier swimsuits and the occasional hookah smoker…and every other cluster of towels and chairs has a radio playing hip hop music…or at least that was the scene near the center mall.

Around 5pm we headed out to a new restaurant that had just opened at the West Bathhouse – Gatsby’s on the Ocean. It’s the only restaurant in the area and after a day of chicken fingers and snacks, we were eager for a decent meal. Gatsby’s is spacious and nicely decorated. It also has outdoor seating but we sat inside and I enjoyed a broiled salmon in tarragon sauce.

With views of the beach visible from the windows were very nice. After dinner we jumped on the N88 bus back to the train station. The bus arrives every half hour so we didn’t have to wait long. In no time we were back on the train heading to Penn station.

All in all, Jones Beach makes for a classic and affordable beach day getaway from NYC.

This site uses Akismet to reduce spam. Learn how your comment data is processed.